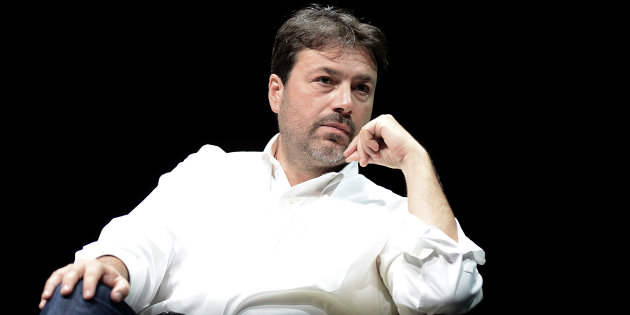 ROME, ITALY – JUNE 18: Tomaso Montanari during the assembly to build a popular alliance for Democracy and Equality, a United Left Alternative to the Democratic Party at the Brancaccio Theatre on June 18, 2017 in Rome, Italy. The assembly was called by Anna Falcone and Tomaso Montanari with a view to creating a new movement in Italy, seeking to attract broad support from citizens as well as sympathetic political parties, movements, associations, committees and across all civil society. (Photo by Simona Granati – Corbis/Corbis via Getty Images)